ANY Demand, We Supply BestVehicle for Blue Earth

ANY Demand, We Supply BestVehicle for Blue Earth 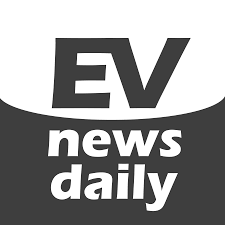 If you get any value from this podcast please consider supporting my work on Patreon. Plus all Patreon supporters get their own unique ad-free podcast feed.

Good morning, good afternoon and good evening wherever you are in the world, welcome to EV News Daily for Monday 29th November. It’s Martyn Lee here and I go through every EV story so you don’t have to.

Thank you to MYEV.com for helping make this show, they’ve built the first marketplace specifically for Electric Vehicles. It’s a totally free marketplace that simplifies the buying and selling process, and help you learn about EVs along the way too.

– By 2030, Nissan is aiming for electrified vehicles to account for 50% of its global sales, and by 2050 it plans to be carbon-neutral “across the lifecycle of its products”.

– The manufacturer has committed to investing two trillion yen (£13.24bn) in electrification and new vehicle technology over the next five years, during which time it will usher in 20 new EV and electrified models.

– Significantly, it has also pledged to usher in cobalt-free EV batteries by 2028, which it says will reduce costs by 65%, and plans to have EVs equipped with solid-state batteries on sale by 2028.

– Nissan will open a pilot plant for solid-state batteries in Yokohama, Japan, in 2024, and says the technology will allow it “to expand its EV offerings across segments and offer more dynamic performance”.

– The automaker, whose Leaf was the first modern mass market electric car launched in the US a decade ago, will invest $18 billion through 2030 to develop 23 electrified models that includes hybrids and 15 all-electric vehicles.

– No new production models were announced during the event, but several concepts were revealed, including an electric pickup called the Surf-Out and the Max-Out convertible sports car.

– Nissan’s investment will increase its annual battery production capacity to 130 gigawatt-hours by 2030, while Toyota recently announced a $13.5 billion program to boost its output to 200 GWh by the same date.

– Ford was one of Rivian’s early major investors in 2019 and currently holds a 12% stake in the startup. The companies announced in January 2020 that Rivian would build an electric SUV for Lincoln but canceled the project in April of that year amid the outbreak of the coronavirus pandemic.

– “Right now, we have growing confidence in our ability to win in the electric space,” Farley told Automotive News.

– Ford invested a total of $1.2 billion in Rivian, but its position is worth over $12 billion following Rivian’s recent IPO.

– The Rivian R1T just began deliveries before 2021’s third quarter ended. Now that owners have had some time with their Rivian pickups, the real-world tests of the features that potential buyers are curious about are beginning. One of the most significant is a real-world towing test to prove range loss, especially as Rivian has flaunted its vehicle as a capable and dominant off-road pickup capable of handling the most stressful of tasks.

– Instagram user @gideontherivian took it into their own hands to prove range loss, which evidently resulted in a 62% degradation of the battery after just 118 miles of travel.

– The Shelby and the Rivian R1T, along with the trailer, the vehicle’s occupants, and additional cargo, bring a total weight of 14,260 pounds. The test is relatively extensive, as the trip is from Detroit to Los Angeles.

– According to the center screen display, the electric truck has 44 miles of range with 37% battery remaining. With a range of 315 miles (505km) on a full charge, that works out to just 118 miles from the 135kWh battery pack, or about 62% range loss.

– Whether you’re looking at the EV version or the hybrid Niro, the design is something that can be described as radical. It took a lot of cues from the Kia HabaNiro Concept from 2019, mostly seen at the front fascia and the funky body panel in between the C and D pillars.

– Probably the biggest deviation in the cabin is the inclusion of a rotary knob for gear shifting, as well as the integration of two screens, one for the infotainment and the other for the instrument. However, this is just a design reveal for the 2022 Niro. Kia hasn’t disclosed technical details for the small crossover, though we know that it’s going to arrive with three powertrain options: hybrid, plug-in hybrid, and EV.

– Tesla has begun asking its limited selection of Full-Self-Driving Beta drivers to allow footage recorded from the car’s onboard cameras to be used in the event of a crash. This footage will be “VIN-associated,” meaning it can be linked to a specific car and/or user.

– Although footage from Tesla’s car cameras has been used by the company in the past, data had previously been kept anonymous, with users reassured that the video imagery could not be linked to a specific vehicle. Instead, it was used to train its machine learning systems to improve AI.

– The permissions change comes with a new update of the software, which includes the following disclaimer: “By enabling FSD Beta, I consent to Tesla’s collection of VIN-associated image data from the vehicle’s external cameras and Cabin Camera in the occurrence of a serious safety risk or a safety event like a collision.”

– GM’s CEO Mary Barra was asked about EVs and said that General Motors is the market leader. Not only that, she added that “we are not going to cede our leadership position to anyone”

– In the case of GM, it seems that we have an unusual abundance of market leaders right now and the news prompts Tesla’s CEO Elon Musk for a response:  “Hypothetically, if they did make lots of electric cars, then they would be the leader”

– GM is not producing electric cars in the U.S. right now. The Chevrolet Bolt EV/EUV duo continue to be halted through the end of the year, while the GMC Hummer EV is barely starting (customer deliveries are expected in December).

– Buttigieg noted that Democrats’ proposed social spending package includes incentives to make it more affordable to buy an electric vehicle. Buttigieg said that families would essentially have a “$12,500 discount” in transportation costs, adding that “families who own that vehicle will never have to worry about gas prices again.”

– “The people who stand to benefit most from owning an EV are often rural residents who have the most distances to drive, who burn the most gas, and underserved urban residents in areas where there are higher gas prices and lower income,” Buttigieg said.”They would gain the most by having that vehicle. These are the very residents who have not always been connected to electric vehicles that are viewed as kind of a luxury item,” he added.

– On Friday November 20 the House of Representatives passed the Build Back Better Act (BBBA) which means the bill is now off to the Senate where we can expect the possibility of many changes to the current proposed legislation. For electric vehicles, the BBBA includes multiple proposed changes to IRC 30D, more commonly knows as the federal EV tax credit.

– Senate Majority Leader Chuck Schumer wants to pass the Build Back Better Act by Christmas. Passage by the Senate is far from a certainty and will require all 50 yes votes including from conservative-leaning Democrat Senator Joe Manchin of West Virginia to the Independent Senator Bernie Sanders of Vermont.

– 5. Option to Convert the Tax Credit to a Time of Purchase Rebate

– Chinese battery maker CATL has confirmed that it will supply its lithium iron phosphate (LFP) and nickel, cobalt and manganese (NCM) batteries to Korean carmaking giant Hyundai Motor Group as part of its efforts to increase its presence in the global electric vehicle (EV) battery market.

– Though the company representative didn’t go into more detail about the plans for its cooperation with Hyundai, its plan to supply batteries to the Korean carmaker can be understood as involving CATL as a battery supplier for the E-GMP, the automotive group’s first platform dedicated to battery-powered vehicles.

– For Hyundai Motor Group, the diversification of battery suppliers is consistent with the group’s goal of becoming a top-tier EV maker, helping the company reduce the price of its batteries, which accounts for the largest portion of EV production costs. The automotive group sets its EV sales target of 1 million by 2025 and plans to take an 8 percent to 10 percent share of the global EV market by 2040.

– Though the company’s dominant market share mainly comes from the domestic Chinese market, in which it has more than a 50-percent share, the company secured a 31.2-percent share in the global EV battery market from January to September of this year, followed by LG with 23.8 percent, SK with 5.4 percent and Samsung with 4.6 percent, according to market tracker SNE Research.

QUESTION OF THE WEEK WITH EMOBILITYNORWAY.COM

Which EV makers are on Santa’s naughty or nice lists – and tell me why!

Email me a suggestion for a possible question and I might pick yours!  hello@evnewsdaily.com

It would mean a lot if you could take 2mins to leave a quick review on whichever platform you download the podcast.

And  if you have an Amazon Echo, download our Alexa Skill, search for EV News Daily and add it as a flash briefing.

Come and say hi on Facebook, LinkedIn or Twitter just search EV News Daily, have a wonderful day, I’ll catch you tomorrow and remember…there’s no such thing as a self-charging hybrid.

PORSCHE OF THE VILLAGE CINCINNATI

RICHARD AT RSEV.CO.UK – FOR BUYING AND SELLING EVS IN THE UK